The history of spoon pitting in the world begins in 1967, when an Italian engineer designs the first spoon peach pitter, multi-head and with a fruit alignment system, revolutionizing the spoon pitting system and increasing its capacity up to 180 peaches per minute. Over the following years pitting technology is furtherly improved, increasing considerably in capacity and yield. So we get to present day, with the expertise legacy of the field handed over to CTI FoodTech and made available to the most important processed fruit producers in the world, through the patented technologies installed on our modern and efficient machines. 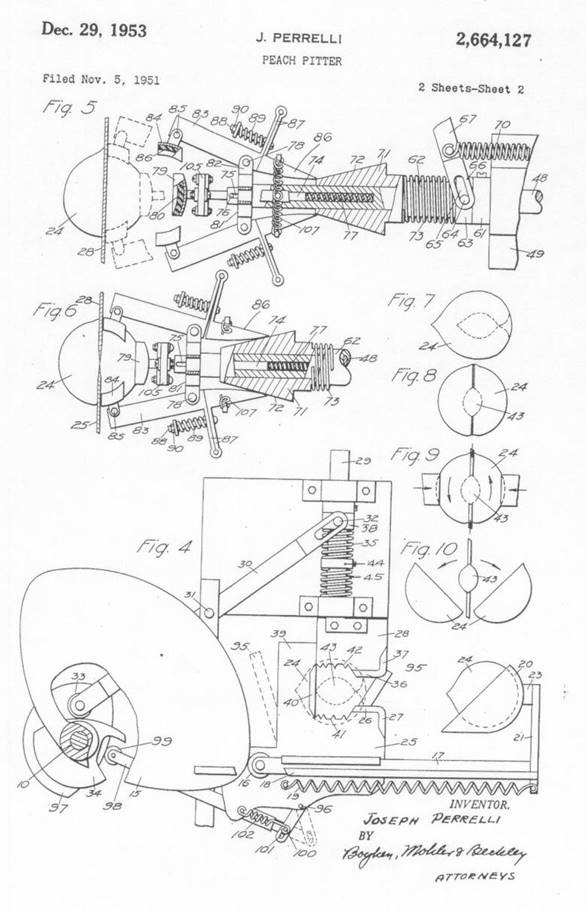 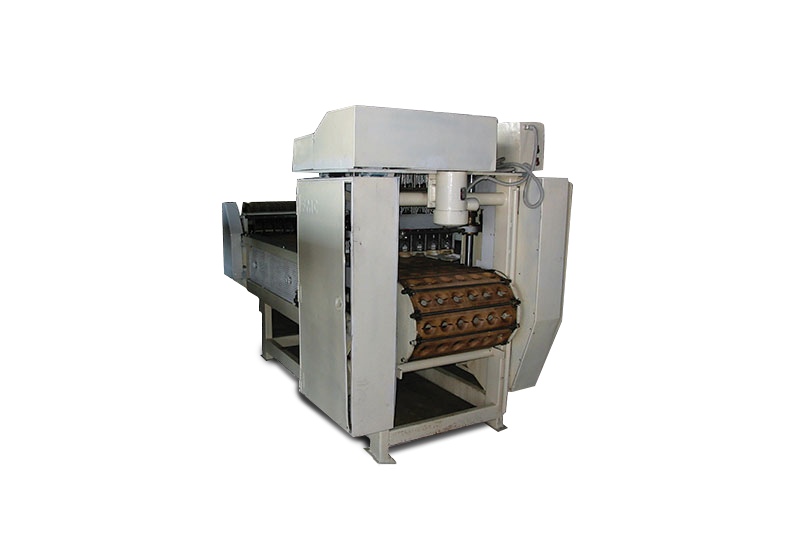 The American corporation FMC purchases the patent from Eng. Tomelleri’s and builds the model 200-A:

The engineers of FMC in Parma design and built the peach pitter model 300-A: 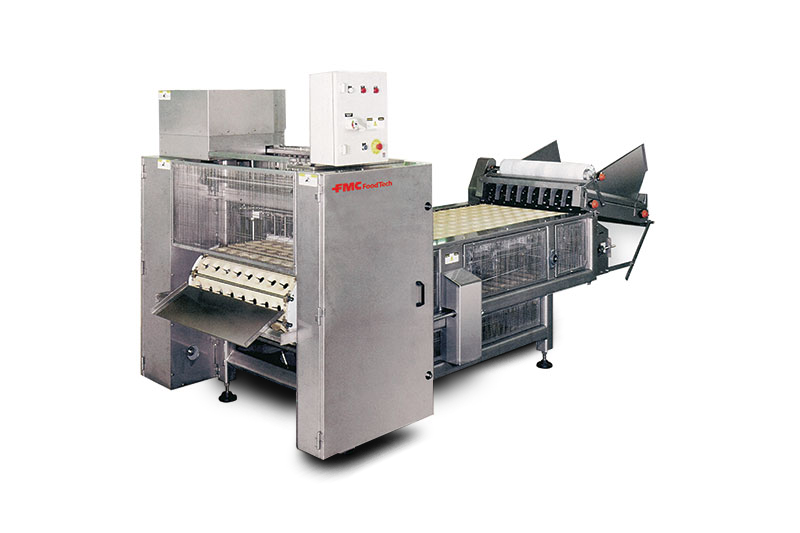 CTI FoodTech purchases the Peach Line division from American corporation FMC FoodTech and begins manufacturing of machineries with its own brand. 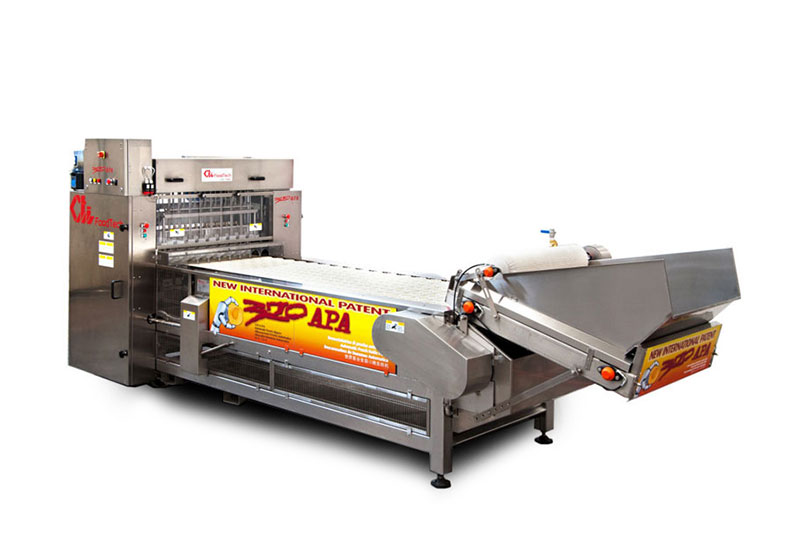 CTI FoodTech introduces the Peach Piter 320 APA-E. The machine is the electronic evolution of the 320 APA and is provided with a PLC that improves considerably its performance compared to previous model. 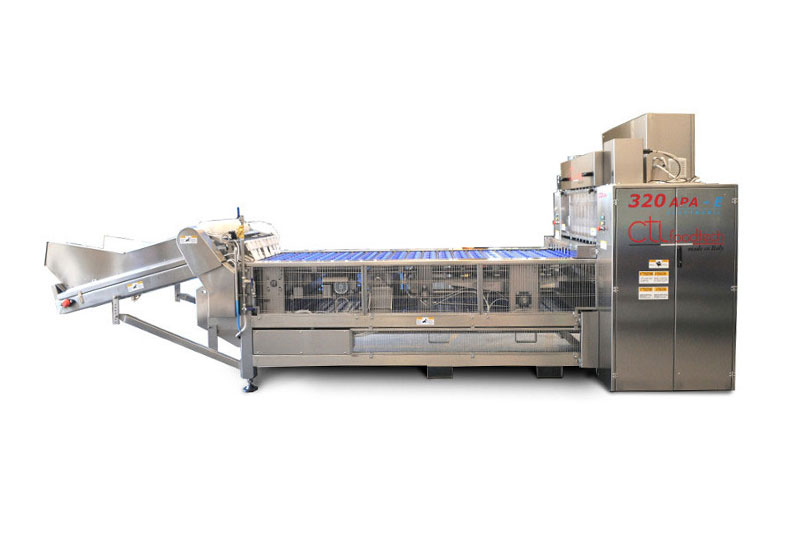 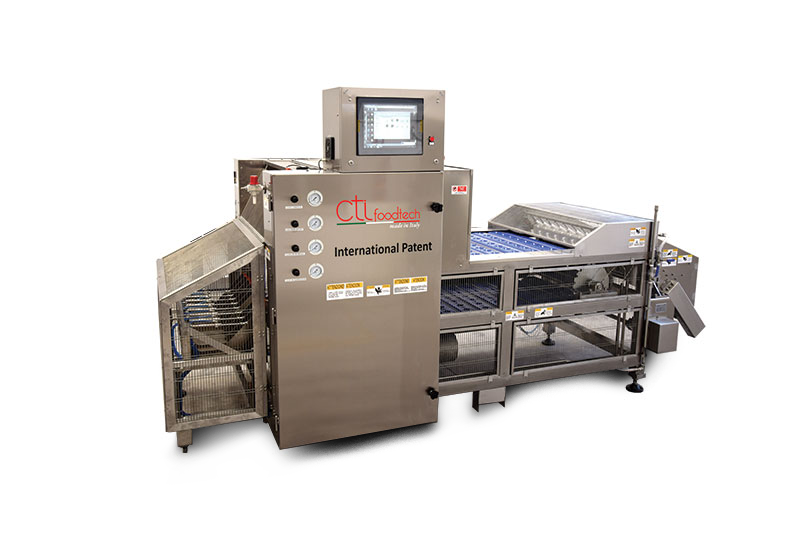 The optical scan system already tested on other models is installed on the repitting machine Repitter Vision. The machine is now capable of recycling the fruits that fail to pit because they were not correctly positioned. 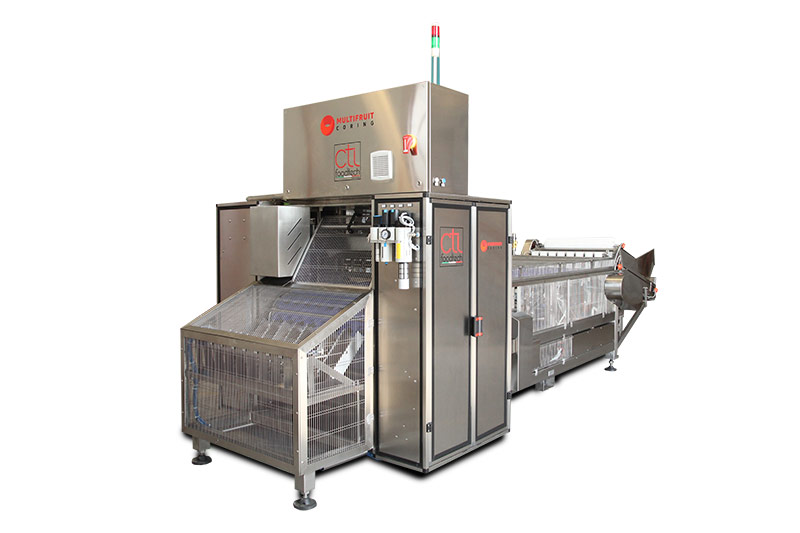 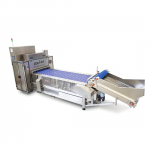 CTI FoodTech introduces the Peach Pitter 320 ZPF, the first in the world capable of pitting without producing fragments.

Ray Camezon (Oakland 1931 – San Francisco 2016) is a native of California and has been associated with the food processing industry during his entire business career. He started his Career with Filice and Perrelli Canning Company as a development engineer, and played a major part in the development, service, and installation of the Filper Peach Pitter.

Mr. Camezon became the Vice President, Director of International Operations for Filper, with responsibility for developing the International Market for pitting and other food processing and packaging machinery. He formed companies and made acquisitions around the world on behalf of Filper, and he pioneered and captured over 90% of the world market for peach pitting equipment. Mr. Camezon left Filper in 1977 to found his own successful company to develop, manufacture, and lease a new design of torque pitting equipment. In two years, this company (California Processing Machinery) captured 28% of the peach pitting business in the U.S. market.

The first production run of the Filper Torque Pitters was in 1954 at Filice and Perrelli Canning Co. in Richmond, California. The quality and yield recovery was astounding. Small peaches had always suffered from spoon pitting in that the FMC spoon pitter would only leave a shell of flesh in small fruit. FMC’s machine sawed the peaches in half and then the machine would spoon pit the peach using the same size spoon for all peaches. In addition to the sawing of the peach in two there was a tremendous loss of flesh that adhered to the pit. The number of cases per ton that was garnered from the fruit was only forty-three to forty-six cases per ton.

Mr. Joseph Perrelli conceived and caused the construction of a device to twist the peach away from the pit (torque pitting) saving all of the flesh, improving the quality overall and increasing the yield to 54-58 cases per ton, a tremendous savings for the canning industry.

Filper Corporation was formed in 1953; a patent was issued to Mr. Perrelli and a new era in peach pitting began.

In 1977 California Processing Machinery was founded and the first automatic CPM torque pitters were introduced to the canning industry in California and Australia. The results were excellent and in 1978 144 machines were manufactured and installed in California canneries. The CPM machines were lubricated by water except in the sealed gear box, eliminating the depositing of petroleum lubricants and grease on fruit and conveyors, which pleased canners and the USDA. In contrast to the CPM machine, the Filper Pitter had 101 points to be greased or oiled, which made USDA Inspectors and canners concerned about contamination of fruit and conveying systems in the factories.